The tech giant Google invests in new tech products every year. Research and development of various tech solutions is always an ongoing venture for them. How many Google services do you use? Ever had a count? However, as they introduce new products to the world, many Google platforms and tools are a history now.

The term ‘Google Graveyard’ is a popular one among geeks. Google Graveyard is a list of Google products that Google has scrapped. These products do not have a support group anymore as they lie dead on the internet.

This blog takes you on a flashback tour of Google products and services, which are now dead.

Google Plus was a social networking platform started in an attempt to compete with other social media platforms such as Facebook and Twitter. The platform started in June 2018 and allowed its users to communicate and debate over different topics. In October 2018, owing to the low user engagement and a ‘software glitch’, the company announced its closing down.

Picasa, an image organizer developed in 2002, was a popular one among designers and editors. Apart from viewing, organizing, and editing digital photos, it also offered an online platform to share photos and videos on the internet. However, losing popularity, it was scrapped thirteen years later. 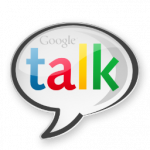 Google talk, also known as G-Talk or G-Chat, was a private messaging service that was a part of Google’s Gmail earlier. It offered both text and voice communication to its users.  Born in 2005, the service survived only seven years, dying in 2013. Today, many of its features can be seen in Hangout, another messaging service developed by Google.

Google Health was initially created to store health records and data, which would then assist various doctors, hospitals, and pharmacies worldwide. It grew to become a personal health information centralization service. It couldn’t survive more than three years. What started in 2008, Google discontinued it in 2012.

Google Reader started in 2005 as a feed aggregator. IT would allow users to download up to two thousand items and read or view them offline. It used Google Gears for the first time to let users read or use the app offline. The company declared discontinuation of the service, and the users had to port their content to another RSS using Google Takeout. The app lived for around seven years. 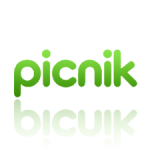 Another image organizer app that helped users to edit, crop, resize or style the image online. When Google announced the shut-down of Picnik in 2013, it said the tools would be moved to Google+. However, Google Plus also discontinued the services five years later, in 2018. The company had to give a refund to the premium Picnik users for their subscription. 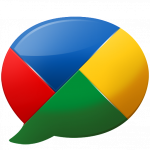 Google Buzz was a combination of social networking and microblogging platform developed in 2010. Its messaging tool was linked to Gmail, aiming to offer ease in handling blog communications. The platform could not even complete even the two years of its existence when Google shut it down. 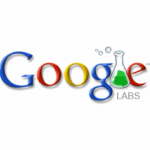 A platform created in 2002, Google Labs, was created to help its developers develop newer and better Google products and services. It allowed enthusiastic netizens and geeks to use the beta versions of Google products and tools. Users could give feedback to the prototypes, and based on it; the Google team would improve their products. The platform died in 2011 at nine years old.

The services mentioned above were the most popular in the dead app list. Below is a full list of Google’s dead apps and online services, which are now in Google Graveyard.

All the scrapped services by Google have been getting dumped in the Google ‘Graveyard.’ Today, we see how Google invests in many tech startups and supports talented app developers. That’s indeed a great thing for many innovations and upcoming high-tech services.

However, not all of them are going to survive. In a world where technology advances and evolves every year, it isn’t easy to manage the pace and update oneself.

The scrapped services show how far Google has come; we have come, concerning the consumption of advanced tech services.